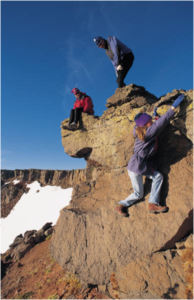 “Show me a raise in your performance and I will show you a raise in your pay!”  In many companies, employees assume that, since it has been a year since the last review, they are, therefore, due a raise. Entitlement has reared its ugly head and it wants to be fed!   A Paid-For-Performance (PFP) based system eliminates Entitlement and creates a culture that says, “those that work hard will be rewarded.”  In fact, employees reward themselves under a PFP system.

With PFP, you will see the culture change as well.  Accountability and responsibility will be kicking into high gear, thus leaving negative thinking in the dust. Crew leaders working under a PFP type system tend to become better leaders. They quickly learn that they are only as good as their crew. In order to hit their goals, they need to become a leader — to lead their crew to productivity, not ‘driving’ into productivity – or into the ground.  They learn to become a coach, not a dictator.

To be successful, the Crew Leader must be constantly aware of the three things he manages on a daily basis: (1) the customer, (2) the job, and (3) the employees. PFP brings added awareness of these responsibilities.  Communication between the office and the field also improves as Crew Leaders ask for more detailed contracts and project hours. These become important to the Crew Leader in achieving his goals. Their importance is compounded when the Estimators and Supervisors are tied to the same system.

It is also important to note that a PFP System allows you to see if you have the right crew leader in place. Maybe this person is better off working as a great lead painter. Maybe they can help a superior Crew Leader run multiple jobs, for example. But they just don’t have what it takes to be a Crew Leader.  The survival of the fittest comes into play!

In order to implement a PFP system, it is important to remember to keep it simple, attainable, and consistent. This way the system will have credibility, in turn generating ‘buy-in’ from the Crew Leaders.  When you develop your system, hold Crew Leaders accountable for what they can control – hours on a job, report cards, additional work orders, etc. Additionally, give Crew Leader’s the opportunity to “push back,” by asking for more hours when they feel a job is under-bid. When they do ask for more hours, be tough. Make them prove it. But if they are warranted, give it to them.

Avoid a PFP system that bonuses the Crew Leader for only the good jobs.  You’ll find yourself paying out money for the good jobs and eating the loss for the jobs that don’t go well.  Consider a time period such as a month and incorporate all winners and losers in the mix.  If the Crew Leader can bring his cumulative jobs under budget, he deserves the bonus.  Make the PFP simple so the Crew Leaders understand how to win. For example, consider a scenario where the Crew Leaders gets an extra $1 per hour (for every hour worked that month)  if he’s under hours and another $1 per hour if report cards meet expectations.

Companies that intend to do more revenue and growth have many systems in place; this is one of the many that NEEDS to be in place. You may want to use PFP instead of a raised system this year.

Should I / Can I require my…