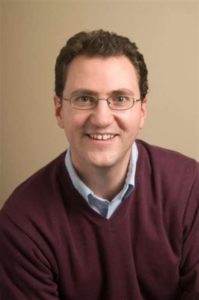 With the busy season upon us, hopefully, you are now starting to see what I call, “the turn in cash”. What I mean by that is this: you’ve spent spring ramping up and hiring. Now, in summer, you have your team and are profitably producing at full steam. The result is that all your receivables are now starting to come in and, hopefully, the company bank account is starting to grow. It’s worth noting that the bills haven’t stopped coming in either. But, whereas before you were spending to ramp up, now you should be reaping the profits. It’s the money-making season, and profit is good!

Below is an image that represents this concept. The red line is how the work gets produced (for seasonal companies) and the green line represents how the cash tends to be collected. As you can see, receiving the cash lags or follows the production of work. The type of work you do can also affect this graph. Residential companies typically collect faster; commercial slower. It’s a simple chart, with a powerful impact. 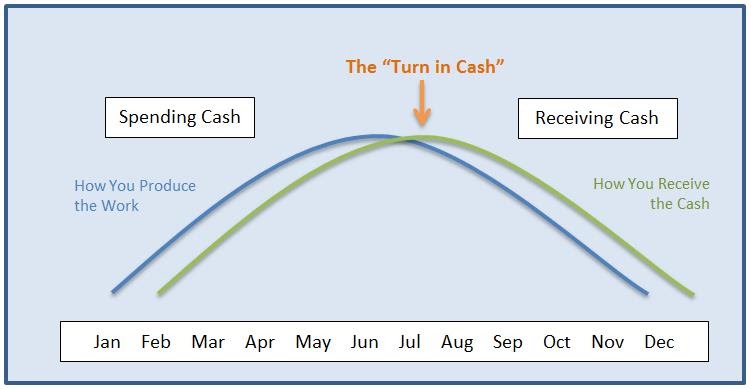 So, as you start collecting your receivables, and therefore start realizing the profits you’ve been accumulating, now what? It’s not a mistake that now is the time we also start getting a lot of phone calls asking about paying off credit cards or lines of credit.

I think one of the more challenging aspects of business is that you must simultaneously build reserves while paying off debt. For business owners, the idea of savings and debt can be an idea that’s uncomfortable. Some have even challenged me that it’s immoral! “How can you even suggest saving, when we have a debt to pay off?!” Allow me to explain.

Withdrawing on a line of credit, or carrying a balance on credit cards, should never happen without a plan to pay it back first. If you haven’t done that, then we’re ridin’ in two different rodeos, Tex. If you don’t have a plan, even if it’s for a multi-year payback, then that plan needs to take top priority, ASAP.

When you make your payoff plan, make sure you are including funding reserves. If you’re making a lump-sum payment instead, or if you don’t take reserves in consideration, the risk you face is twofold:

The key is, don’t sacrifice cash to pay down debt. So, make a plan that pays a regular amount to both the line and reserves, simultaneously. If you don’t have any reserves, or very little, you may want to consider saving reserves more aggressively.

What other business owners have told me, is that the peace-of-mind that results from this approach is worth its weight in gold! Give yourself more options at the end of the year by funding reserves now. As winter approaches, you’ll be happy you did.