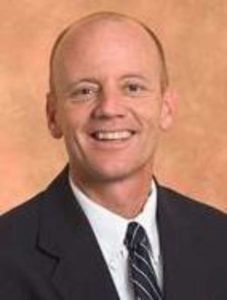 When I started Nolan Painting in 1979, I did so with one intention: supporting my lifestyle. As time went on, that lifestyle went from trying to support me as a college student, to later as a young married man with four kids. I took out money as I needed it and grew the business at a moderate rate. I was everything; the painter, carpenter, color consultant, estimator, supervisor, CFO, CEO, and COO.

Somewhere along the way, I decided I needed to change the way I looked at and operated my business. You can only get so far on your own, and I made the conscious decision to stop focusing so much on myself. At meetings, I started to say “we” instead of “I”. I also adjusted how I was compensated, taking a regular paycheck. I made the important step to incorporate the business and I stopped calling it Kevin Nolan Painting and started calling it Nolan Painting Inc.

Once the business grew to 20 employees, I realized I needed to share both the credit and rewards from the growth. One of the best things I did was taking care of those employees that were building a career with Nolan Painting. Most of the people that had stuck with Nolan Painting were smarter and better at a lot of the things than I am. I was able to put the right people in the right positions, compensating them fairly. I started to act more like a business owner and not a business.

I hired estimators, supervisors and a CFO. I hired HR people, administrative people, and color consultants as well as carpenters and painters. I learned how to delegate and share responsibility and credit. These folks have become my employees, coworkers, and friends. It’s not all about me and I love it.

It’s not always easy. I can’t just take cash out of the business because I need a new car. I don’t write personal stuff off on the business. When I need a tool for the home, I don’t charge it to the business. That just wouldn’t feel right. However, the invaluable tradeoff is this great team that I have developed. I lose no sleep taking time away from the company, knowing I have the right people in place to run the day-to-day. That is when you know you’ve created a valuable business.

Now with over 100 employees (including some sons and daughters) in the business, I think about the next 10 or 20 years and how the company will survive my exit and still have value. I think about my management team and how proud of them I am. I am convinced that they have stuck it out with Nolan Painting because I have been generous and fair. I’m so glad that we built this business into something that will sustain long after I am gone. I have a whole team that wants to succeed for ourselves, not just me.

One of my brothers is an attorney and he has built a lucrative lifestyle business. Last week when we were traveling together his billing stopped. He doesn’t make money when he’s not billing.

I could tell he was a little jealous when I told him I was still taking in a paycheck as my team continued to rake in the money in my absence.

When any new contractor starts with Nolan Consulting Group (NCG),…