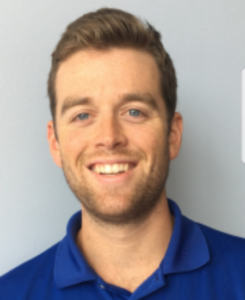 Throughout the 1970s, Stanford University researchers conducted an experiment centered around delayed gratification. You may know it as: “The Marshmallow Test”. In this test, toddlers were put in a room and given a marshmallow. They were instructed that they could eat the marshmallow now or wait 10 minutes and receive a second marshmallow. The study goes on to discuss that the kids who waited (and got the second marshmallow) were far more successful in life.

But what about the kids that didn’t wait?

Why did they eat the marshmallow when they were told they would shortly be receiving a second one if they just showed some patience? Did they not trust the researchers? Maybe they were happy and content with just the one marshmallow. Or, most likely, they stared at the marshmallow for so long that eventually, they grew impatient and made a decision they would soon regret. Once they had the first bite, they had made their bed.

Which camp do you think you would have fallen into?

We’d all like to think we’d have waited for the second Marshmallow, but odds are in certain aspects, we don’t. The truth is, poor leadership in business is full of first marshmallow decisions. Where are you eating the first marshmallow in your business? Let me re-phrase that question. Where do you opt for instant gratification over long term success? We all know that our behaviors in our everyday lives would change if we were trying to maximize returns beyond that day or week. Success is about long-term growth and big picture goals that take months, sometimes years, to accomplish.

So, ask yourself, “What is your leadership first marshmallow?”

Is it training? Every business owner understands the importance of training. Yet, time after time we see business owners give up on training altogether after failing to make it stick the first few times. Maybe your leadership struggle is giving negative feedback. How many times have we held in negative information due to our fear of being critical, yet only to see the relationship blow up down the road due to passive-aggressiveness or continued poor performance? Or, maybe, your leadership struggle is holding regular meetings. You know that the best businesses in the industry hold regular and productive meetings, but you just don’t make them a priority in your business.

Why do you keep making the same wrong leadership decisions?

Did you get frustrated with the first few pieces of training your company did and decide they were a waste of time? Did you have an employee in the past that handled negative feedback poorly and that has dictated your behavior ever since? Did your first attempt at crew leader meetings not go well? Whatever it was, analyze why it happened. Develop positive self-talk around it. “I don’t let my external environment dictate my training”. “I give people feedback often. They deserve to know how they’re doing”. “Our meetings might not be perfect but we get better every time we do them.” Welcome to Your Marshmallow Test.

Delayed gratification is not easy, but the most successful people and businesses are able to remember what they want most, instead of what they want NOW. Re-read your company vision. Keep it close at all times. Constantly remind yourself that this is what you want most and be willing to struggle to get there. Remember, when frustration is high and you want to give up: Don’t eat the Marshmallow.