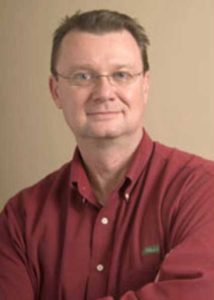 While there may be other factors not listed here, you can see that a Crew Leader or a Sales Rep’s influence is limited in the overall impact on GP. This is why we measure the productivity of each crew leader based on hours – not dollars. Specifically, the actual hours compared to the estimated hours.  We give the crew leaders an opportunity to request more hours (push back on the estimator) in the early stages of a job so that they have a fair chance to complete the project on time. It’s important to give the crew leader a fighting chance.  If they feel that there is no chance to bring the job in on time. If they feel it’s a losing battle, they will have little incentive to work hard and might just throw their hands up and say, “It’s not my fault.”

As a result, you can expect to have some “butting of heads” between Operations and Sales.  This is OK, in fact, it’s good to have some of this as long as it leads to healthy discussions about production rates (used by estimators to price the job correctly) and painting procedures (used by crew leaders to get the job done on time).

I hope you find this helpful!

Focus on what will really matter in 2021.
Contributor: Kathryn Freeman, NCG Business Coach & Director of Operations

Today I had the…