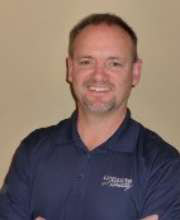 For several years, many of us have had the opportunity to benchmark our company as a whole against our peers. Benchmarking has provided a “goal post” for continuous improvement and has generated the information necessary for identifying areas of success and the areas that need development. For me personally, this is an extremely important part of the annual business planning process.

In our first benchmarking session years ago, we identified a few areas that were quick and easy changes to our business model, which also increased our net profit by almost 3%. We have successfully applied this principle to our crew leaders and by implementing benchmarking our team has been provided with clarity in areas that need improvement as a whole, individually and as leaders.

Benchmarking is not a “one size” fits all for every business; however, it should be in place and used for critical aspects of your company and analyzing areas that need attention and improvement.

Benchmarking establishes a clear direction, clear goals, measures areas of success and areas in need of development. Over the past few years, I have had the opportunity to work with many different companies and have found that a company without benchmarking in place for their crew leaders has a team that lacks clarity and who are more often confused and unhappy in their work environment.

Who should you benchmark?

I believe every leader in your company should be benchmarked. If they are a leader or manager – it is imperative for them to have clear expectations and goals of what success looks like, knowing clearly what is required of them.

We should benchmark three (3) to five (5) areas that leaders are responsible to accomplish and have the ability to affect its outcome. I believe that there are three (3) constant areas that typically will not change; however, annually we may change 1 or 2 of the items when an area within their control needs improvement.

We often have heard the phrase “happy and under” and these are two (2) of the areas in which crew leaders can be benchmarked. Happy: Is the customer happy? Report Cards and/or Net Promoter Score; and Under: Was the project finished under budget? Did we beat the time the job was bid for? If we benchmark these items across the board with our crew leaders – we are able to successfully see and measure their performance.

AWOs (Additional Work Orders). We were able to see that some of our crew leaders were selling AWOs and some were not. Applying benchmarking to AWOs and posting this information, each crew leader was able to see how many AWOs and dollars were being sold and where they stood against their colleagues….again creating healthy competition!

One way to implement benchmarking into your company is to identify three (3) to five (5) areas that you believe are the most valuable to a leader within your business. By doing this, leaders will have a clear picture as to what is expected of them and if they are succeeding. Every leader desires to know what success looks like for them, their team and their company. It’s important to establish tools, such as benchmarking, to help them get there.

We think it’s time for you to take a vacation!
Contributor: Molly Nolan, Marketing & Program Manager

For the last two years, Nolan…